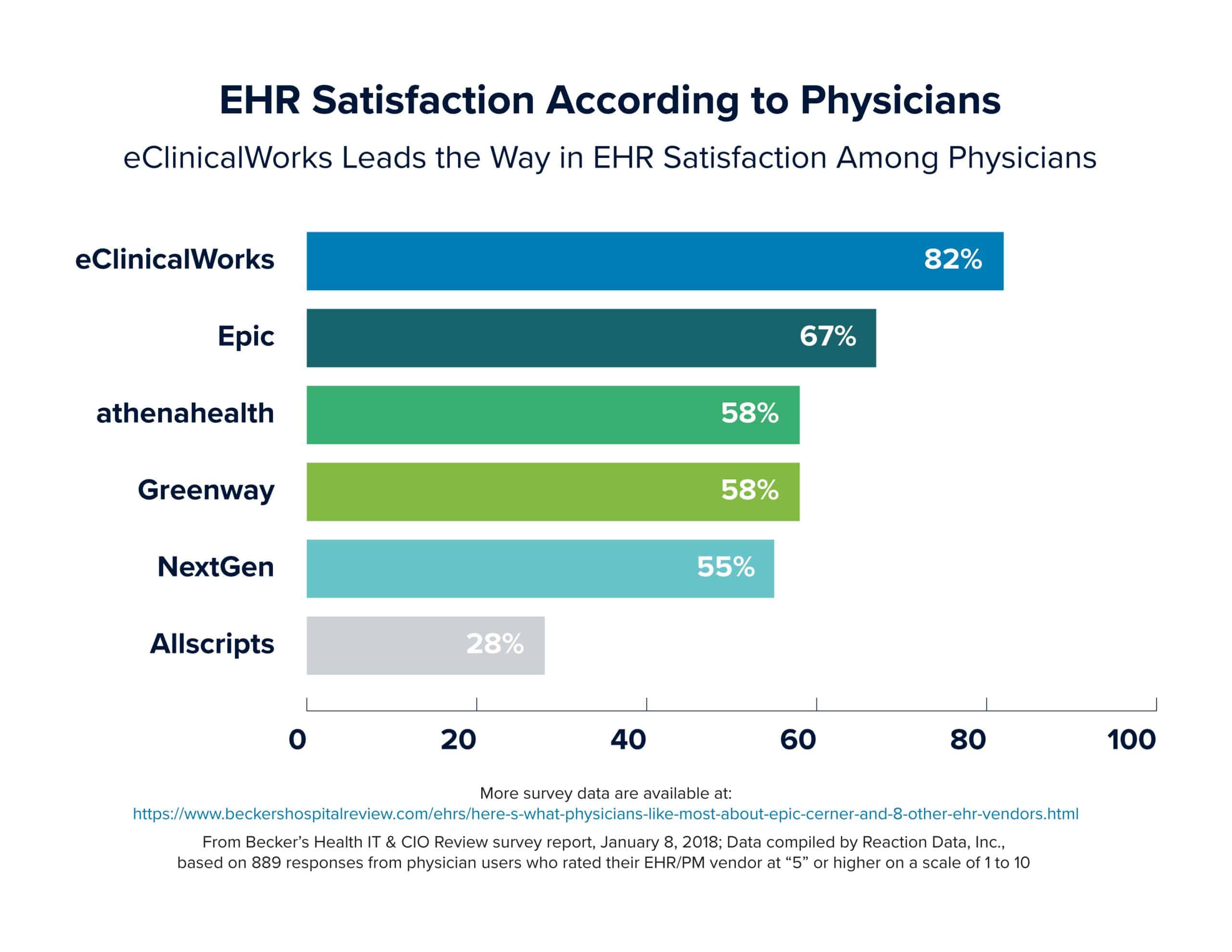 WESTBOROUGH, Mass.—January 30, 2018—eClinicalWorks®, a leader in healthcare IT solutions, outperforms Allscripts, athenahealth, NextGen, and Epic in physician satisfaction in a new report from Reaction Data. The report found the eClinicalWorks comprehensive EHR solution shines with 82% of satisfied physicians using an EHR daily, with a rating of 5 or higher on a scale of 1 to 10, compared to 67% for Epic, 58% for athenahealth and Greenway, 55% for NextGen, and 28% for Allscripts.

The report found 53% of users advocated for eClinicalWorks, with a rating of 7 or higher on a scale of 1 to 10. The corresponding figures for other leading vendors were 45% for Epic, 39% for athenahealth, 25% for NextGen, and 16% for both Allscripts and Greenway.

Reaction Data analyzed data from hundreds of healthcare physician respondents and focused on the physicians who reported being satisfied with their current EHR vendor.

Organizations are switching to eClinicalWorks because it offers a suite of tightly integrated cloud solutions to help practices deliver quality care, and improve patient and physician satisfaction. In 2017, thousands of physicians made the switch to eClinicalWorks from a different EHR, which included Greenway, Allscripts, NextGen, athenahealth, GE Centricity, eMDs, SOAPware, and Practice Fusion.