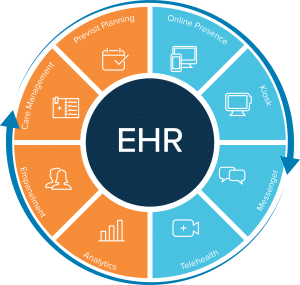 Dallas, TX. —eClinicalWorks National Conference, October 6, 2017—eClinicalWorks®, a leader in healthcare IT solutions, today is reporting its strongest sales quarter of 2017, with $130 million in revenue and with more than 3,750 providers adding the eClinicalWorks comprehensive EHR/RCM solution — contracting with small, midsized, and large enterprise clients, including FQHCs, Ambulatory Surgery Centers, and ACOs.

In front of a sold-out crowd of 4,500 on-site attendees at the 2017 National Conference and another 4,500 employees livestreaming, eClinicalWorks is unveiling four key announcements today:

“Each year, we unveil major announcements at our National Conference,” said Girish Navani, CEO and co-founder of eClinicalWorks. “This year, we are proud to report our strongest sales quarter for 2017, fueled by the ongoing strength and quality of the eClinicalWorks cloud-centric, fully integrated EHR/PM, along with our Patient Engagement and Population Health products. Today’s four major announcements will further improve healthcare delivery by enhancing communication and improving Patient Engagement. At eClinicalWorks, we are well positioned for the future as we remain focused on development and provide our clients with the most innovative tools currently available on the market.”

More information on the conference can be found at https://specialevents.eclinicalworks.com/event/2017-National/home/